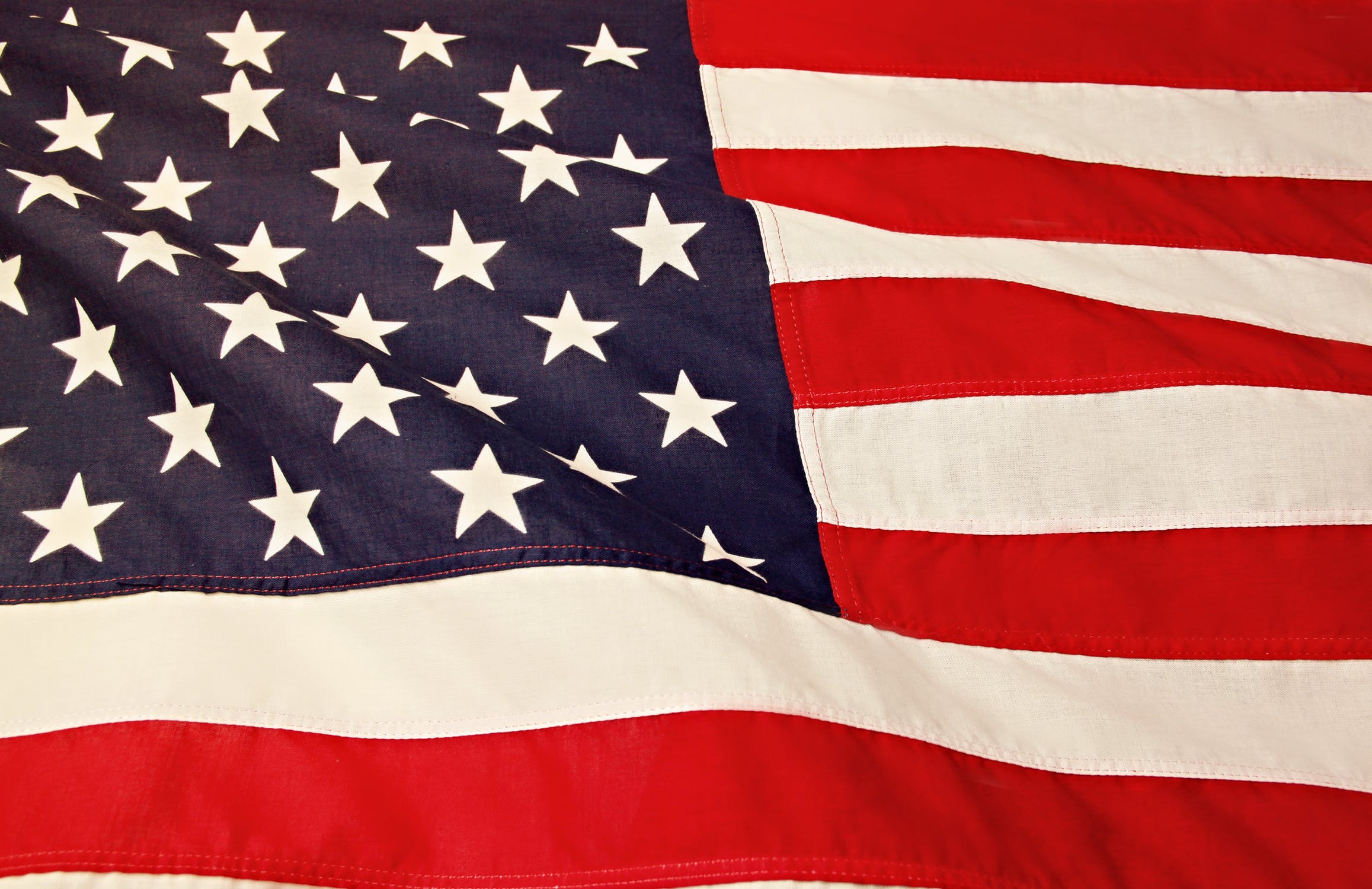 12 Mar Litigation in the United States of America: Dispelling the Myths

Litigation in the United States of America: Dispelling the Myths

Liebeck v. McDonald’s Restaurants, also known as the “McDonald’s coffee case” and “the hot coffee lawsuit,” was a 1994 product liability lawsuit that became a flashpoint in the debate in the United States over tort reform. A New Mexico civil jury awarded $2.86 million to plaintiff Stella Liebeck, a 79-year-old woman who suffered from third-degree burns in her pelvic region when she accidentally spilled hot coffee in her lap after purchasing it from a McDonald’s restaurant. Liebeck was hospitalized for eight days while she underwent skin grafting, followed by two years of medical treatment. Liebeck’s attorneys argued that at 180-190 °F (82-88 °C), McDonald’s coffee was defective, and claimed that it was too hot and more likely to cause serious injury than coffee served at any other establishment. McDonald’s had refused several prior opportunities to settle for less than what the jury ultimately awarded: $160,000 to cover Liebeck’s medical expenses and compensatory damages, and $2.7 million in punitive damages. The trial judge reduced the final verdict to $640,000, and the parties settled for a confidential amount before an appeal was decided. The case was said by some to be an example of frivolous litigation; ABC News called the case “the poster child of excessive lawsuits,” while the legal scholar Jonathan Turley argued that the claim was “a meaningful and worthy lawsuit.”

The burn incident itself was outlined as follows: On February 27, 1992, Stella Liebeck, a 79-year-old woman for Albuquerque, New Mexico, ordered a 49-cent cup of coffee from the drive-through window of a local McDonald’s restaurant. Liebeck was in the passenger’s seat of a 1989 Ford Probe owned by her grandson Chris, who did not have cup holders, and Chris parked the car so that Liebeck could add cream and sugar to her coffee. Liebeck placed the coffee cup between her knees and pulled the far side of the lid toward her to remove it. In the process, she spilled the entire cup of coffee on her lap. Liebeck was wearing cotton sweatpants, which absorbed the coffee and held it against her skin, scalding her thighs, buttocks, and groin. Liebeck was taken to the hospital, where it was determined that she had suffered third-degree burns on six percent of her skin, and lesser burns over sixteen percent. She remained in the hospital for eight days while she underwent skin grafting. During this period, Liebeck lost 20 pounds (9kg, nearly twenty percent of her bodyweight), reducing her bodyweight to 83 pounds (38kg). After the hospital stay, Liebeck needed care for three weeks, provided by her daughter. Liebeck suffered permanent disfigurement after the incident and was partially disabled for two years.

The trial took place from August 8 to August 17, 1994, before New Mexico District Court Judge Robert H. Scott. During this case, Liebeck’s attorneys discovered that McDonald’s required franchisees to hold their coffee at 180-190 °F (82-88 °C). At 190 °F (88 °C), the coffee would cause a third-degree burn in two to seven seconds. Liebeck’s attorney argued that coffee should never be served hotter than 140 °F (60 °C), and that a number of other establishments served coffee at a substantially lower temperature than McDonald’s. Liebeck’s lawyers presented the jury with evidence that 180 °F (82 °C) coffee like that which McDonald’s served may produce third-degree burns (where skin grafting is necessary) in about 12 to 15 seconds. Lowering the temperature to 160 °F (71 °C) would increase the time for the coffee to produce such a burn to 20 seconds. Liebeck’s attorneys argued that these extra seconds could provide adequate time to remove the coffee from exposed skin, thereby preventing many burns. McDonald’s claimed that the reason for serving such hot coffee in its drive-through windows was that those who purchased the coffee typically were commuters who wanted to drive a distance with the coffee, and that the high initial temperature would keep the coffee hot during the trip. However, the company’s own research showed that some customers intend to consume the coffee immediately, while driving.

Other documents obtained from McDonald’s showed that from 1982 to 1992 the company had received more than 700 reports of people burned by McDonald’s coffee to varying degrees of severity, and had settled claims arising from scalding injuries for more than $500,000. McDonald’s quality control manager, Christopher Appleton, testified that this number of injuries was insufficient to cause the company to evaluate its practices. He argued that all foods hotter than 130 °F (54 °C) constituted a burn hazard, and that restaurants had more pressing dangers to warn about. The plaintiffs argued that Appleton conceded that McDonald’s coffee would burn the mouth and throat if consumed when served.

On August 18, 1994, a twelve-person jury reached its verdict. Applying the principles of comparative negligence, the jury found that McDonald’s was 80% responsible for the incident and that Liebeck was 20% at fault. Though there was a warning on the coffee cup, the jury decided that the warning was neither large enough nor sufficient. They awarded Liebeck $200,000 in compensatory damages, which was then reduced by 20% to $160,000. In addition, they awarded her $2.7 million in punitive damages. The jurors apparently arrived at this figure from Morgan’s suggestion to penalize McDonald’s for one or two days’ worth of coffee revenues, which were about $1.35 million per day. The judge reduced punitive damages to $480,000, three times the compensatory amount, for a total of $640,000. The decision was appealed by both McDonald’s and Liebeck in December 1994, but the parties settled out of court for an undisclosed amount less than $600,000.

The procedure for litigation in the United States is complex, but with a skilled attorney the process can be navigated seamlessly on behalf of clients. The Federal Rules of Civil Procedure control most larger personal injury lawsuits in the United States, and at its forefront is Rule 8, which outlines what must be included in a pleading that states a claim for relief, as well as defenses, admissions and denials when responding to an initial pleading. Rule 12 delves into how to present defenses, and outlines several defenses which a party may assert by motion, rather than responsive pleadings. If a court does not have jurisdiction, venue is improper, a defendant was not properly served, or the party filing the claim does not state a claim upon which relief can be granted, among other things, the defendant may assert an appropriate defense to avoid or correct further litigation.

Once an action proceeds past the initial pleadings, the court will have a pretrial conference to expedite disposition of an action as well as establishing early and continuing control for case management, discouraging wasteful pretrial activities, improving the quality of the trial and facilitating settlement. The pretrial conference procedures fall under Rule 16 of the Federal Rules of Civil Procedure.

Often, when an action moves closer to trial, each party will take depositions of parties and witnesses in order to secure testimony in the event of an inconsistency or an individual’s unavailability at trial. A deposition being held in the United States must be taken before an officer authorized to administer oaths or a person appointed by the court, and depositions taken in a foreign country may be taken under an applicable treaty or convention, letter of request, on notice, or before a person commissioned by the court to administer any necessary oath and take testimony. Deposition procedures are outlined in Rule 28 of the Federal Rules of Civil Procedure.

One discovery has been completed and a date has been set for trial, a jury must be selected in the event of a jury trial, which procedures are outlined in Rule 47 of the Federal Rules of Civil Procedure. A court may permit the parties or their attorneys to examine prospective jurors and may do so itself, to ensure an impartial jury. The court may also allow preemptory challenges, where a party or its attorney can strike a potential juror without cause. Additional jurors may be stricken for cause in the event that they show bias or other unsuitability for a jury trial. Even during trial or deliberation, the court may excuse a juror for good cause.

Rule 48 of the Federal Rules of Civil Procedure outlines the number of jurors allowed, as well as verdict and polling regulations. A jury must begin with at least 6 and no more than 12 members, and each juror must participate in the verdict unless they are excused. Unless the parties stipulate otherwise, the verdict must be unanimous and must be returned by a jury of at least 6 members. After a verdict is returned by the jurors but before the jury is discharged, the court must, on a party’s request or on its own, poll the jurors individually. If such a poll reveals a lack of unanimity or lack of assent by the number of jurors that the parties stipulated to, the court may direct the jury to deliberate further or may order a new trial. The procedures for granting a new trial are outlined in Rule 59 of the Federal Rules of Civil Procedure. A motion for a new trial must be filed no later than 28 days after the entry of judgment.

In American courts, the presiding judge in a civil jury trial may also overrule the decision of a jury and reverse or amend their verdict. This practice is called a judgment notwithstanding the verdict, also called judgment non obstante veredicto.

Further, if a judge rules that the damages granted by a jury in a civil case is excessive, they may lower or reduce the amount of damages awarded. Usually this occurs when the amount awarded exceeds the amount demanded or is otherwise deemed to be excessive.

If after trial it is discovered that there was a mistake, inadvertence, surprise, or excusable neglect, or if newly discovered evidence exists that, with reasonable diligence, could not have been discovered in time to move for a new trial under Rule 59, or if there is fraud, the judgment is void or has been satisfied, released or discharged; or if there is any other reason to justify relief, a court may relieve a party or its legal representative from a final judgment, order or proceeding under Rule 60 of the Federal Rules of Civil Procedure.

There are many myths regarding litigation in the United States that arise around large verdicts such as the one in Liebeck v. McDonald’s Restaurants. It is often believed that a small injury such as a simple spilled coffee can lead to riches for those injured, and the scope of injury or realities of the litigation process are often overlooked. Civil litigation in the United States is very heavily based on procedural rules and standards, and verdicts are decided by an impartial jury which reflect the extent of a plaintiff’s damages and other factors, such as pain and suffering as well as medical bills, which may total hundreds of thousands of dollars. Even when such a large verdict is returned and advertised by media, judges have the ability to and often exercise the practice of “remittur” to reduce damages awarded by a jury. In this way, verdicts recovered by injured plaintiffs in the United States are often for much less than initially awarded, and justly compensate those who are severely injured by the actions of another.